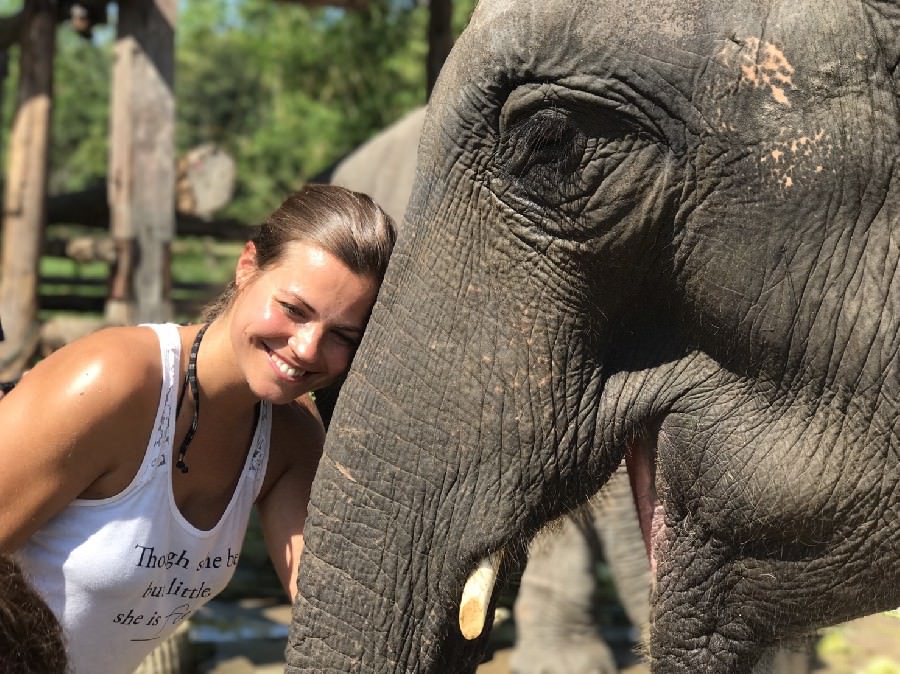 To outsiders, the description might seem whimsical. To others, however, among them the Thai King to whom the report was addressed, it amounted to praise of the very highest order. For no other animal has ever been accorded such enormous respect as the white elephant.

It is perhaps as well to state right away that the name is highly misleading, at least to western readers. There has never been such a thing as a white elephant and no Siamese ever speaks of such a creature. The animals which are venerated by old-fashioned Siamese, and some of which are kept in the royal palace as appurtenances of royalty, are in fact albinos, and are called by the Siamese Chang Pheuak, which simply means Albino Elephants. Albino buffaloes are very common, and they are also called pheuak. The same word is used for human albinos.

The English term arose because of the white elephant that once appeared on the Thai flag and that became closely identified with the kingdom. This, however, seems unlikely in view of the fact that iy was used long before the flag in question existed. Although chang pheuak is used by many Thai writers, translating it simply as albino elephant is misleading. Many of the animals so designated are not true albinos but rather what specialized manuals on the subject call chang samkhan, important or illustrious elephants, fulfilling a complex set of requirements that include many features besides color. In any event, white or not, the rare animal has exerted a potent fascination for foreign visitors, especially those who recorded their experiences in popular books.

The main characteristics of chang pheuak are:

There are in fact three classes of white elephant, each with subdivisions. Even if a specimen fails to qualify for the very highest rank it is still regarded as auspicious and given special treatment. By ancient custom, and by law since the Elephant Maintenance Act of 1921, any one finding an elephant with these characteristics must offer it to the King and will be compensated if it is accepted by the experts.

The White Elephant
Back to Top