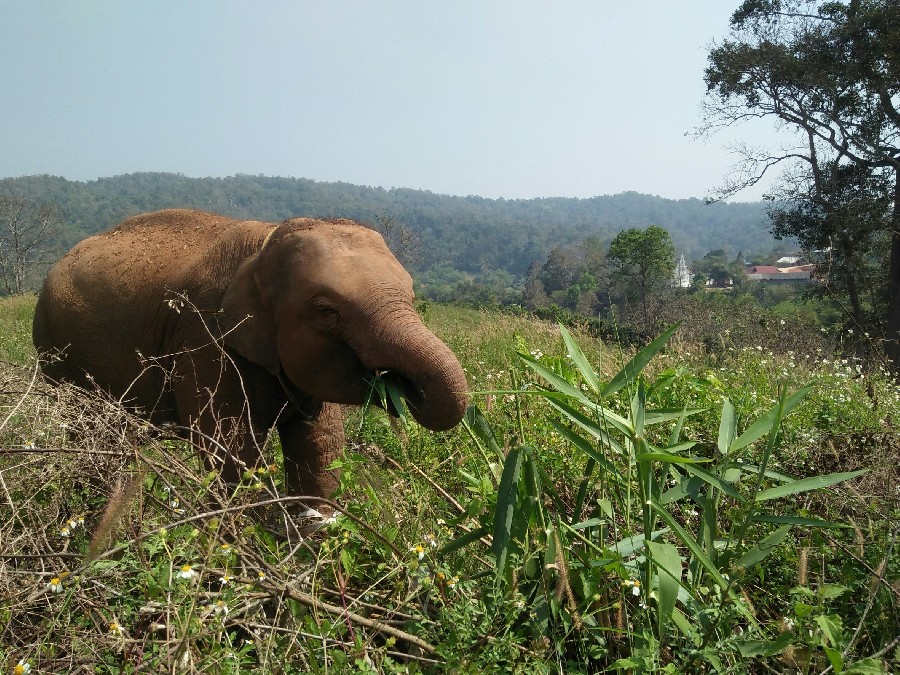 On 26 May 1998, the Thai government declared the 13th of March to annually be the Thai National Elephant Day or Chang Thai Day (Thai: วันช้างไทย). ... The date was chosen because the Royal Forest Department designated the white elephant as the national animal of Thailand on 13 March 1963.
The elephant is the national animal of Thailand. Elephants have been revered in Thailand for many centuries. They are an important part of Thai culture and way of life. From 1855-1916, the national flag of Thailand was a white elephant on a red background and today the white elephant still displays on the Thai Naval Ensign. Nowadays elephants play an important part in Thailand tourism.
Thai Elephants in the Past
In the past, they were used as a useful means of transportation in carrying agricultural produce and dragging logs and timber. In ancient Thailand, elephants occupied a very prominent role in battles. The ancient kings used elephants to ride into battle, and a king’s status was evaluated by the number of white elephants in his possession.
Almost all the famous Thai kings in history were great warriors on elephant-back. King Ramkhamhaeng, King Naresuan and King Narai were the most outstanding examples. Murals depicting battles on elephant-back still exist in several places today. One of them is in the ordination hall of Wat Suwandaram in Ayutthaya, showing the brave King Naresuan defeating the Burmese Crown Prince in 1592.
The use of elephants as shock weapons gradually became obsolete after the advent of firearms. Later, they were used as working animals. In some mountainous areas in the North, they were mostly trained for hauling logs. With the rapid disappearance of the forest, this has also become out of date.
Thai Elephants in the Present
In 1989, the government logging ban to preserve the existing forest areas - which amounted to only about 25 percent of the country - caused 70 percent of domesticated elephants to become unemployed. Because of the logging ban, and as a result of increasing interest in ecotourism, elephants and their mahouts have turned to work in the elephant camps which have sprung up in all regions of the country.
According to the latest estimation, there are some 5,000 elephants existing in Thailand today, of this total number, about 2,700 are domesticated and the rest in the wild. Most of domesticated elephants are at various elephant camps around the country where they learn to work in the forests and mountains. And their most significant role is to entertain the hundreds of thousands of visitors who go to see them each year.