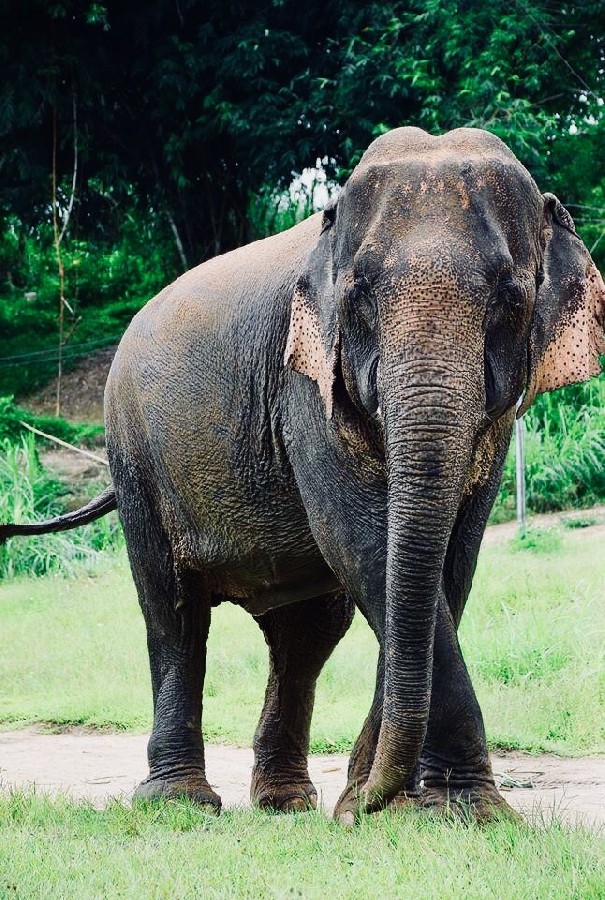 Jao Ying is the oldest elephant in our camp. Now she is 37 years old. She is the largest elephant in the Elephant Retirement Park. She has a perfect shape and her looking very elegant, that is the reason why she was named Jao Ying. “Jao Ying” in the Thai language means “princess”.

She is an elegant princess.

In the past, Jao Ying used to be an elephant dragged on the border area of Tak province. Because the technology has not yet reached, which makes the place popular for elephants to use as laborers Jao Ying had to work hard almost all the time to drag the large and heavy logs. And someday she was attacked by the owner as well.

When we received Jao Ying to take care of that she is an elephant fierce and doesn't trust humans because of her past. After that in an appropriate environment under the care of employees on the camp, she became a peaceful and gentle elephant. Now she has spent her life in the end with happiness and freedom as she deserves.

JAO YING (The princess of the park)
Back to Top