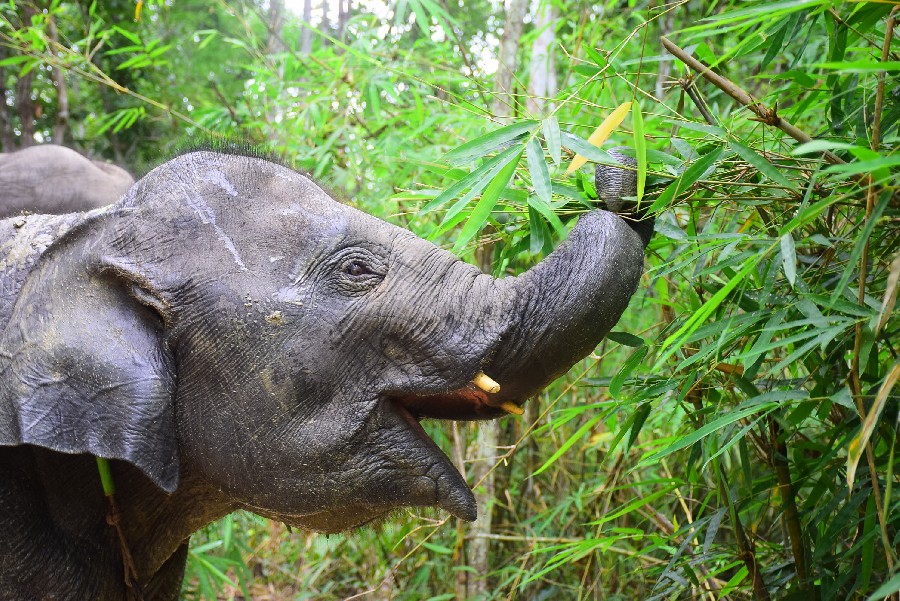 The elephant is a short sleeper by any standard, requiring only 3 to 4 hours daily from 11.00 p.m. to 3.00 a.m. of the next morning. The act is accommodated without ceremony by laying itself down on its side and going to sleep, yawning and snoring like human. If an elephant is found sleeping standing, an ailment or something wrong with it may have been the cause of this incongruity.

During its wakeful hours, the elephant is usually in its feet searching around for food. It consumes 250 kilograms of fodder daily. It carries fodder held in place between its tusks and trunk while walking, slashing out dirt by beating same against its feet. The elephant’s stomach, unlike cattle’s, has a single digestive functioning.

60 gallons of clear drinking water per elephant is required daily. Due estimate of the available drinking water source and glazing area has to be carried out beforehand to ensure plentiful supply of same.

To deter the elephants from straying too far afield, the mahouts resort to fastening a weight or cane-hobble on the front legs of their charges

Eating and Sleeping
Back to Top